Since the trailer for the new movie about the 24 Hours of Le Mans in 1966, the name Caroll Shelby and his cars have been on everyone&#039;s lips again 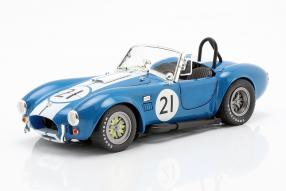 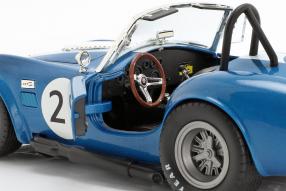 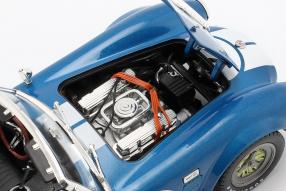 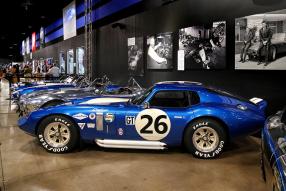 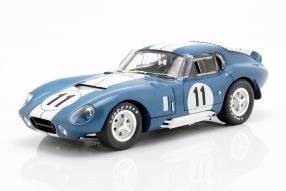 As already mentioned in last Thursday's blog article, a movie by James Mangold comes into the cinemas, which describes the genesis of the Ford GT40, with which the US car manufacturer won the 24 Hours of Le Mans for the first time and thus defeated the rival Ferrari. Carroll Shelby was essentially involved in this project, who is embodied by Matt Damon in the movie. Shelby, vintage 1923, discovered his leaning to technology about the aviation and so found the way to the automobile. The sportscars had pleased him particularly: He won the 24-hours-race of Le Mans 1959 on the side of Roy Salvadori in an Aston Martin DBR1/300. 1958 and 1959 he also drove in the automobile-worldchampionship, today's Formula 1. In connection to his race-career he dedicated himself to the construction and tuning of sports cars.

Which ultimately led to his name being commemorated with the Ford GT40 as well as with his Shelby Mustangs and the AC Cobra. The Cobras are based on the type Ace of the British car manufacturer AC Cars Ltd., which Carroll Shelby of 1961 transplanted a V8 from Ford under the hood. The frame, suspension, wider track and fenders indicated that perfectionist Shelby was at work. Even more extensive modifications received the Cobra 427 published in 1965: On an even stiffer frame coil springs were mounted with internal shock absorbers; the wheels are suspended by double wishbones. Depending on the intended use, the suspension was either in rubber or in much harder bronze for the racing versions. The drive shafts and brakes were adjusted to the higher top speed.

The body became also wider again. The small series label CMR has now brought modelcars of the Shelby Cobra 427 in racing decoration in scale 1:18 on the market, which inspire us with their quality and attention to detail. The miniatures are made out of diecast and therefore offer opening doors and hoods: Under the bonnet is a magnificent replica of the V8 found with its 7.0-liter displacement, which made 312 kW / 425 hp and a maximum torque of 614 Newton meters (Nm ) provided. The fact that some of the 427 Cobras were delivered with only 265 kW / 360 hp engine, was due to supply bottlenecks on the part of Ford. But back to the model: the look of the bodywork matches exactly the lines of the design of the prototype and the workmanship is perfect, especially with regard to the price.

CMR has also released another version of the Daytona: The Shelby Daytona is also referred to as Shelby Daytona Cobra Coupe and was built by Carroll Shelby based on his AC Cobra Roadster specifically for car racing. This should increase the pressure on Ferrari in the GT class. The body design was the responsibility of Pete Brock; the suspension was developed by Bob Negstad, who was also responsible for the Ford GT40 in this discipline. The 4.7-liter Ford V8 of the 1964 and 1965 built coupe made 279 kW / 380 hp at 7000 / min and accelerated the almost 1,043-pound Daytona in 4.4 seconds from 0 to 100 kilometers per hour. Now light up, why Ford just committed Carroll Shelby for the 1966 victory at Le Mans? His cars and now a new movie keep the memory of this man permanently awake.