Yesterday we received a new delivery that deserved to be examined more closely: three times Mercedes-Benz in 1:18 scale 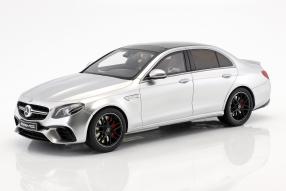 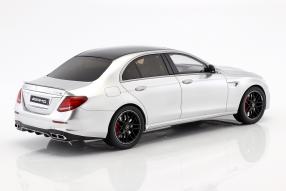 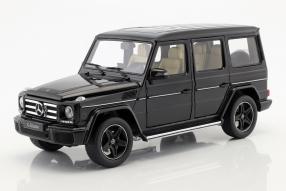 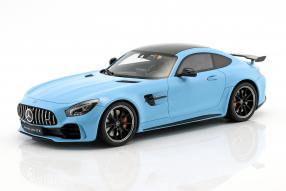 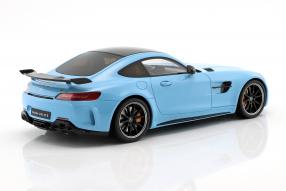 After the arrival of the fair novelties Ferrari 488 pista and Caterham Seven we have more new entries, which should appeal to the fans of modelcars in the scale 1:18. Among them are three vehicles from Mercedes-Benz, which are of great interest to us: on the one hand, the miniatures of the top version of the current E-Class, the E 63 S, which is operated under the Mercedes-AMG label and, on the other hand, the GT R in China blue. GT-Spirit is responsible for both variants and has used models from 2017 for the production of both models. The performance version of the E-Class is powered by the eight-cylinder M177DE 40AL and, with the help of two turbochargers, it gets 450 kW / 612 hp from around 4.0 liters of capacity. 850 Nm (Nm) of maximum torque help the sedan in 3.4 seconds from zero to 100 km. Top speed: Optional 300.

The modelcars with the item number GT230 are painted in iridium silver and limited to 999 units. The line management is transfered - as expected from GT-Spirit - first class in scale 1:18. Doors and hoods stay closed. That counts also for the miniature of the Mercedes-AMG GT R, which is produced in nice looking china blue by GT-Spirit. Also limited to 999 pieces the version of the model of the 430 kW / 585 hp super sports car draws exactly the lines of the top version of the C 190 series and reminds in the color of the look of the racing cars sponsor Gulf. It's 4.0 liter biturbo with the engine designation M178DE 40AL accelerates the two-door car in 3.6 seconds from zero to 100 and to a top speed of 318 kilometers per hour. The models from GT-Spirit come out of Resine plastic.

Known for it's diecast-models, the label iScale presents with the miniatures of the Mercedes-Benz G-Klasse W 463 from the year 2015 inexpensive modelcars with a very good equipment: first of all they convince with openable doors and hoods around the car; six functional parts, which  fit very well into the zinc die casting environment. iScale perfectly hit the proportions and the appearence of the legendary classic car. The finish of rub strips, ironing handles, paint and attachments - like the front fins sitting on the fenders - can't be done even better. The variant in polar white is available under the item number 0180 0000 0005; the one in obsidian black under 1180 0000 0004.

Here: Click to the novelties of the topic Mercedes-Benz